When I first started opening up about my struggle with depression, I was fortunately met with a lot of support from friends and family. However, there were certain reactions that brought to my attention just how deep the misconceptions are about mental illness.

I found myself defending my experience and struggle to the people I loved. Even though they meant well, their misconceptions of mental illness ended up having a negative impact on my recovery and made me feel more alone and misunderstood. And that is not an uncommon experience.

When I was struggling, it was easy for simple misinformation to work its way into my brain and make me doubt myself. But now that I am further along into my recovery, I can recognize stigma for what it is and shut it down. So, here are the most common unhelpful responses I’ve received about my depression, and why they are nothing more than misconceptions.

This is by far the most common reaction I receive when I tell people I have depression. And it stems from the belief that depression is an external condition—if you have a sad life, then you will be sad. What hurt the most about this statement was that I knew I had a nice life. And the fact that I could still experience depression, even when so many people were worse off, just made me feel ashamed and ungrateful. And while it’s true that traumatic events can contribute to the onset of depression, so can your genetics and brain chemistry. So, someone who may seem to have a “perfect” life can still develop a mental illness.

While this one may seem harmless, here’s why it’s not: No, I’m not sure. I used to wake up every day scared that I was faking my mental illness. I told myself I was sad, but it wasn’t “bad enough” to be considered depression. I was months into therapy, on medication, working with multiple doctors, and I still didn’t think it was enough validation. So being asked if I was completely sure I was struggling from mental illness just poked at the fact that after all I had been through—all the therapy sessions, medication trials, self-harm relapses and diagnoses—there was still a voice in the back of my mind telling me I was faking it.

The amount of people I talked to who suggested I do yoga, go gluten free, or try yet another health or self-care tip is alarming. Especially because these people were not suggesting diets and exercises as a side dish to a main course of cognitive behavioral therapy and antidepressants—they were suggesting them as the full meal. I had people tell me that I shouldn’t take medication because it might “change my personality” (spoiler alert: I wanted it to! Depression had become my only personality trait!), and instead, I should just stick to cycling and/or going vegan. This response completely undermines the reality and severity of mental illness. Because, yes, there are plenty of activities or hobbies that can help someone through recovery (for me it was writing), but depression is an illness and deserves to be treated as such. No amount of yoga is going to completely cure a clinical illness.

I’ve had a lot of people tell me I don’t “look” or “seem” depressed to them. A big misconception surrounding depression is that it’s for attention, which means people suffering would have to be very open and vocal about their struggles for others to notice it and give them that attention. But, often it’s exactly the opposite. I hid my mental illness from everyone I knew. I put on a smile, laughed at jokes, did my homework and hid my scars because I was scared and ashamed of what people would think of me. And it’s not uncommon for people struggling with depression to hide behind a mask of happiness. So it doesn’t matter whether or not someone “seems” depressed—they may still be suffering.

I know from personal experience that opening up to someone about having mental illness can be extremely difficult and scary. And if people overcome that fear only to have their struggle questioned and invalidated, eventually they’re going to stop being open. If someone opens up about their mental illness, they are looking for hope and support. And they deserve it. In many cases, they need it. I know I did. And often, the widespread misconceptions surrounding depression prevented me from getting the support I needed. So, I think it’s about time we stop asking people with depression if they’ve tried yoga. Because I have tried yoga. And I’ve found that my therapy sessions work a whole lot better.

Caroline Kaufman is the author of LIGHT FILTERS IN: Poems (HarperCollins). Known as @poeticpoison on Instagram (202k followers), she writes about giving up too much of yourself to someone else, not fitting in, endlessly Googling “how to be happy,” and ultimately figuring out who you are. She grew up in Westchester County, NY and will return to Harvard University this Fall for her sophomore year. In the future, she hopes to attend medical school and continue growing as a writer. 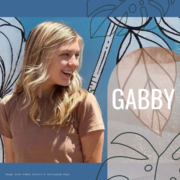 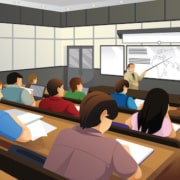 A Parent’s Guide To Mental Health For College Students 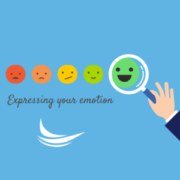 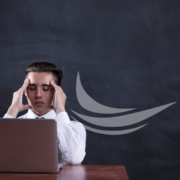 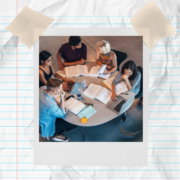 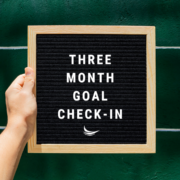 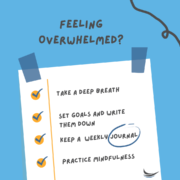 Making Time on a Busy Schedule

Must I Tell My Boss I’m Absent Because of Mental Illness?
Reflections On Medicine, Shame And Stigma