It is well known that telling a kid she is smart is wading into seriously dangerous territory.

Reams of research show that kids who are praised for being smart fixate on performance, shying away from taking risks and meeting potential failure. Kids who are praised for their efforts try harder and persist with tasks longer. These “effort” kids have a “growth mindset” marked by resilience and a thirst for mastery; the “smart” ones have a “fixed mindset” believing intelligence to be innate and not malleable.

But now, Carol Dweck, the Stanford professor of psychology who spent 40 years researching, introducing and explaining the growth mindset, is calling a big timeout.

It seems the growth mindset has run amok. Kids are being offered empty praise for just trying. Effort itself has become praise-worthy without the goal it was meant to unleash: learning. Parents tell her that they have a growth mindset, but then they react with anxiety or false affect to a child’s struggle or setback. “They need a learning reaction – ‘what did you do?’, ‘what can we do next?’” Dweck says.

Teachers say they have a “growth mindset” because not to have one would be silly. But then they fail to teach in such a way that kids can actually develop growth mindset muscles. “It was never just effort in the abstract,” Dweck tells Quartz. “Some educators are using it as a consolation play, saying things like ‘I tell all my kids to try hard’ or ‘you can do anything if you try’.”

“That’s nagging, not a growth mindset,” she says.

The key to instilling a growth mindset is teaching kids that their brains are like muscles that can be strengthened through hard work and persistence. So rather than saying “Not everybody is a good at math. Just do your best,” a teacher or parent should say “When you learn how to do a new math problem, it grows your brain.” Or instead of saying “Maybe math is not one of your strengths,” a better approach is adding “yet” to the end of the sentence: “Maybe math is not one of your strengths yet.”

The exciting part of Dweck’s mindset research is that it shows intelligence is malleable and anyone can change their mindset. She did: growing up, she was seated by IQ in her classroom (at the front) and spent most of her time trying to look smart.

“I was very invested in being smart and thought to be smart was more important than accomplishing anything in life,” she says. But her research made her realize she could take some risks and push herself to reach her potential, or she could spend all her time trying to look smart.

She and other researchers are discovering new things about mindsets. Adults with growth mindsets don’t just innately pass those on to their kids, or students, she says, something they had assumed they would. She’s also noticed that people may have a growth mindset, but a trigger that transports them to a fixed-mindset mode. For example, criticism may make a person defensive and shut down how he or she approaches learning. It turns out all of us have a bit of both mindsets, and harnessing the growth one takes work.

Researchers are also discovering just how early a fixed and growth mindset forms. Research Dweck is doing in collaboration with a longitudinal study at the University of Chicago looked at how mothers praised their babies at one, two, and three years old. They checked back with them five years later. “We found that process praise predicted the child’s mindset and desire for challenge five years later,” she says.

In a follow-up, the kids who had more early process praise—relative to person praise—sought more challenges and did better in school. “The more they had a growth mindset in 2nd grade the better they did in 4th grade and the relationship was significant,” Dweck wrote in an email. “It’s powerful.”

Dweck was alerted to things going awry when a colleague in Australia reported seeing the growth mindset being misunderstood and poorly implemented. “When she put a label on it, I saw it everywhere,” Dweck recalls.

But it didn’t deflate her (how could it, with a growth mindset?). It energized her:

I know how powerful it can be when implemented and understood correctly. Education can be very faddish but this is not a fad. It’s a basic scientific finding, I want it to be part of what we know and what we use. 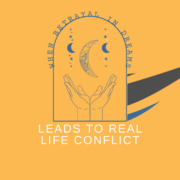 You’ll Be Happier If You Let Yourself Feel Bad 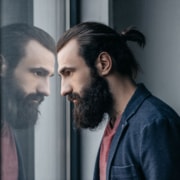 When Betrayal in a Dream Leads to Real-Life Conflict