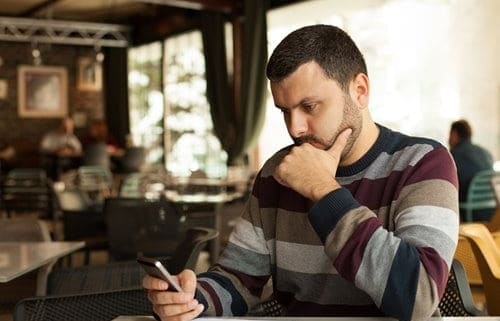 Many people have a difficult time understanding why the words we use are so important, especially on a topic like suicide. How can certain images or words influence a person’s willingness to take their own life? How can one suicide lead to another? How can conversations, articles, personal stories and media coverage about suicide carry so much influence?

The fact is: how we talk about, write about and report on suicide matters. For someone already considering suicide, it’s possible to change their thoughts into action by exposing them to detailed suicide-related content, including graphic depictions or explanations of the death or revealing the method used. The recent tragedies are an unfortunate example of this. Two days after the media irresponsibly reported on Kate Spade’s death by suicide, Anthony Bourdain used the same method to end his life.

According to the Recommendations for Reporting on Suicide: “More than 50 research studies worldwide have found that certain types of news coverage can increase the likelihood of suicide in vulnerable individuals.” This phenomenon is referred to as suicide contagion and “the magnitude of the increase is related to the amount, duration and prominence of coverage.”

A key phrase here is “vulnerable individuals.” The people affected by suicide contagion are likely already thinking about suicide. They may be experiencing a mental illness or substance use disorder and be switching medications and be in a fight with their spouse or parent and be struggling to make ends’ meet and then they’re prompted to end their life because of what they saw on social media while scrolling through their news feed. In other words, suicide is usually the result of a multitude of factors—and the media’s irresponsible reporting can be one of them.

“The outpouring of collective grief, the tendency to present or discuss the person in almost beatific ways and physical memorials or ceremonies celebrating their lives are common practice,” says psychologist Paul Surgenor, suicide prevention expert. “And unfortunately, for someone who can only see pain, isolation and rejection, this level of adoration may seem preferable to their current state.”

Seeing sensationalized headlines and reporting about a celebrity who ended their life can make a person who’s already struggling believe that they can do it, too. That “it’s okay.” That “it’s easy.” And not only that but learning the method of how a person died by suicide shows how to do it—what “works.”

When Robin Williams’ died by suicide in 2014, suicides using the same method increased by 32% in the months following his death. That’s not a coincidence. It’s also not a coincidence that suicide contagion is also known as “copycat suicide.”

How To Talk About Suicide

The main message of any article, video or TV show about suicide should be to encourage people to get help when they need it and where to look for that help by including local and national hotline numbers or other crisis resources. Here are some other important recommendations to follow.

Report on Suicide as a Public Health Issue

Suicide is not a subject that should be avoided, but rather, handled carefully and thoughtfully—the way the suicide guidelines have clearly outlined. For those who believe the recommendations were created to prevent offensive language or spare people’s feelings, please keep in mind that their purpose is so much more than that. This is not a matter of being “politically correct.” It’s a matter of saving lives.

If you are thinking about suicide, please call the National Suicide Prevention Lifeline at 800-273-TALK (8255).

Why Do We Have The Feeling That We Are Not Enough?
Scroll to top