The eager new mom offering her insouciant toddler an array of carefully-arranged healthy snacks from an ice cube tray?

The always-on-top-of-her-child’s-play parent intervening during play dates at the first sign of discord?

That was me too.

We hold some basic truths as self-evident when it comes to good parenting. Our job is to keep our children safe, enable them to fulfill their potential and make sure they’re healthy and happy and thriving.

The parent I used to be and the parent I am now both have the same goal: to raise self-reliant, self-assured, successful children. But 12 years of parenting, over five years of living on and off in Japan, two years of research, investigative trips to Europe and Asia and dozens of interviews with psychologists, child development experts, sociologists, educators, administrators and parents in Japan, Korea, China, Finland, Germany, Sweden, France, Spain, Brazil and elsewhere have taught me that though parents around the world have the same goals, American parents like me (despite our very best intentions) have gotten it all backwards.

We need to let 3-year-olds climb trees and 5-year-olds use knives.

Imagine my surprise when I came across a kindergartener in the German forest whittling away on a stick with a penknife. His teacher, Wolfgang, lightheartedly dismissed my concern: “No one’s ever lost a finger!”

Similarly, Brittany, an American mom, was stunned when she moved her young family to Sweden and saw 3- and 4-year-olds with no adult supervision bicycling down the street, climbing the roofs of playhouses and scaling tall trees with no adult supervision. The first time she saw a 3-year-old high up in a tree at preschool, she started searching for the teacher to let her know. Then she saw another parent stop and chat with one of the little tree occupants, completely unfazed. It was clear that no one but Brittany was concerned.

“I think of myself as an open-minded parent,” she confided to me, “and yet here I was, wanting to tell a child to come down from a tree.”

Why it’s better: Ellen Hansen Sandseter, a Norwegian researcher at Queen Maud University in Norway, has found in her research that the relaxed approach to risk-taking and safety actually keeps our children safer by honing their judgment about what they’re capable of. Children are drawn to the things we parents fear: high places, water, wandering far away, dangerous sharp tools. Our instinct is to keep them safe by childproofing their lives. But “the most important safety protection you can give a child,” Sandseter explained when we talked, “is to let them take… risks.”

Consider the facts to back up her assertion: Sweden, where children are given this kind of ample freedom to explore (while at the same time benefitting from comprehensive laws that protect their rights and safety), has the lowest rates of child injury in the world.

Children can go hungry from time-to-time.

In Korea, eating is taught to children as a life skill and as in most cultures, children are taught it is important to wait out their hunger until it is time for the whole family to sit down together and eat. Koreans do not believe it’s healthy to graze or eat alone, and they don’t tend to excuse bad behavior (like I do) by blaming it on low blood sugar. Instead, children are taught that food is best enjoyed as a shared experience. All children eat the same things that adults do, just like they do in most countries in the world with robust food cultures. (Ever wonder why ethnic restaurants don’t have kids’ menus?). The result? Korean children are incredible eaters. They sit down to tables filled with vegetables of all sorts, broiled fish, meats, spicy pickled cabbage and healthy grains and soups at every meal.

Why it’s better: In stark contrast to our growing child overweight/obesity levels, South Koreans enjoy the lowest obesity rates in the developed world. A closely similar-by-body index country in the world is Japan, where parents have a similar approach to food.

Instead of keeping children satisfied, we need to fuel their feelings of frustration.

The French, as well as many others, believe that routinely giving your child a chance to feel frustration gives him a chance to practice the art of waiting and developing self-control. Gilles, a French father of two young boys, told me that frustrating kids is good for them because it teaches them the value of delaying gratification and not always expecting (or worse, demanding) that their needs be met right now.

Why it’s better: Studies show that children who exhibit self-control and the ability to delay gratification enjoy greater future success. Anecdotally, we know that children who don’t think they’re the center of the universe are a pleasure to be around. Alice Sedar, Ph.D., a former journalist for Le Figaro and a professor of French Culture at Northeastern University, agrees. “Living in a group is a skill,” she declares, and it’s one that the French assiduously cultivate in their kids.

Children in Finland go outside to play frequently all day long. “How can you teach when the children are going outside every 45 minutes?” a recent American Fulbright grant recipient in Finland, who was astonished by how little time the Finns were spending in school, inquired curiously of a teacher at one of the schools she visited. The teacher in turn was astonished by the question. “I could not teach unless the children went outside every 45 minutes!”

The Finnish model of education includes a late start to academics (children do not begin any formal academics until they are 7 years old), frequent breaks for outdoor time, shorter school hours and more variety of classes than in the US. Equity, not high achievement, is the guiding principle of the Finnish education system.

While we in America preach the mantra of early intervention, shave time off recess to teach more formal academics and cut funding to non-academic subjects like art and music, Finnish educators emphasize that learning art, music, home economics and life skills is essential.

Why it’s better: American school children score in the middle of the heap on international measures of achievement, especially in science and mathematics. Finnish children, with their truncated time in school, frequently rank among the best in the world.

Thou shalt spoil thy baby.

Tomo, a 10-year-old boy in our neighborhood in Japan, was incredibly independent. He had walked to school on his own since he was 6 years old, just like all Japanese 6-year-olds do. He always took meticulous care of his belongings when he came to visit us, arranging his shoes just so when he took them off, and he taught my son how to ride the city bus. Tomo was so helpful and responsible that when he’d come over for dinner, he offered to run out to fetch ingredients I needed, helped make the salad and stir-fried noodles. Yet every night this competent, self-reliant child went home, took his bath and fell asleep next to his aunt, who was helping raise him.

In Japan, where co-sleeping with babies and kids is common, people are incredulous that there are countries where parents routinely put their newborns to sleep in a separate room. The Japanese respond to their babies immediately and hold them constantly.

While we think of this as spoiling, the Japanese think that when babies get their needs met and are loved unconditionally as infants, they more easily become independent and self-assured as they grow.

Why it’s better: Meret Keller, a professor at UC Irvine, agrees that there is an intriguing connection between co sleeping and independent behavior. “Many people throw the word “independence” around without thinking conceptually about what it actually means,” she explained.

We’re anxious for our babies to become independent and hurry them along, starting with independent sleep, but Keller’s research has found that co-sleeping children later became more independent and self-reliant than solitary sleepers, dressing themselves or working out problems with their playmates on their own.

In America, as our kids become adolescents, we believe it’s time to start letting them go and giving them their freedom. We want to help them be out in the world more and we don’t want to burden them with family responsibilities. In China, parents do the opposite: the older children get, the more parents remind them of their obligations.

Eva Pomerantz of the University of Illinois at Urbana Champaign has found through multiple studies that in China, the cultural ideal of not letting adolescents go but of reminding them of their responsibility to the family and the expectation that their hard work in school is one way to pay back a little for all they have received, helps their motivation and their achievement.

Even more surprising: She’s found that the same holds for Western students here in the US: adolescents who feel responsible to their families tend to do better in school.

The lesson for us: if you want to help your adolescent do well in school make them feel obligated.

I parent differently than I used to. I’m still an American mom — we struggle with all-day snacking, and the kids could use more practice being patient. But 3-year-old Anna stands on a stool next to me in the kitchen using a knife to cut apples. I am not even in earshot when 6-year-old Mia scales as high in the beech in our yard as she feels comfortable. And I trust now that my boys (Daniel, 10, and Benjamin, 12) learn as much out of school as they do in the classroom.

Talking with Children about COVID-19 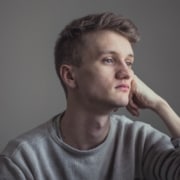 7 Tips for Disciplining a Depressed Child